Home » Why Growing 10x Is Easier Than Growing 2x

Why Growing 10x Is Easier Than Growing 2x

Why Growing 10x Is Easier Than Going 2x.

Transcribe of “Why Growing 10x Is Easier Than Growing 2x”

– Hi, guys, Neil Waterhouse. Today, I want to share with you a concept of why being an entrepreneur and growing your business. 10x is a lot easier than growing it just 2x. I know you might be thinking, you know, “How on Earth can growing 10 times be faster than growing time times first?”, but let me explain.

When you commit to growing 10x, your brain makes a mental shift to really focus on that goal

When you commit to growing 10x, your brain makes a mental shift to really focus on that goal. And this starts a whole chain of events including how we think. Our innovation, how we talk to others, our emotions, our daily actions, and it also radically changes how our brain filters.

One of the great things that our brain can do is filter out things that we don’t need to see. And only learning things we do need to see. Most of us have seen the blue test. Where you’re asked to look around the room for any objects that are blue. Now, if you’ve done with blue test, you’ve scanned the room for anything that’s blue and you make a quick mental note of those blue objects. Why Growing 10x Is Easier Than Going 2x.

Now, the person who asked you to look around the room for anything blue now asks you close your eyes and tell them what you saw that was red. Suddenly, you realize that your brain didn’t spot hardly any red objects. All you saw was the blue items because yeah, that’s what you asked your brain to do. You teacher then asks you open your eyes and look for red objects. You do as told and low and behold, the room has stacks of red items. Now, those red items, they were there all the time, of course, but your brain filtered them out. Why Growing 10x Is Easier Than Going 2x.

Psychologists call this process selective filtering or selective attention. And most people do this filtering all the time. Another example of this filtering is imagine you’re watching a movie at a theater. If you’re focused on the film, you’re probably not noticing the sound of squeaking seats, crunchy popcorn, or even the air conditioner whirring through the vents. The same goes when we commit 10x to any project. Why Growing 10x Is Easier

Suddenly, we see the project in a whole new light and we visualize the result and we see a better place than we’re at now. The filter in our brain allows us to see anything that’s relevant to achieving the end result and it’ll also filter or block out things that we don’t need to see or hear like the red objects. Again, it does this to get the result we’re after.

Before committing to 10x and being an entrepreneur

Life rewards us for what we master

Life rewards us for what we master. Staying focused on a 10x goal allows you to cut through the noise and laser focus on your 10x goal. This laser focus gives you clarity, which I’m not quite getting because these two guys are mucking around behind me but we shall move on. Our brain becomes a yes/no filter. Will what I’m seeing/hearing help me achieve my goal or will it stop me getting my goal?

10x also allows us to overcome obstacles much faster

10x also allows us to overcome obstacles much faster. You know, with a 10x laser focus on a project, if and when obstacles appear, and they will, our brain can go about solving these issues faster, with more clarity because it’s got more time and less clutter due our brains filtering out all that stuff that is not relevant to the project. Other benefits are, it’s a lot easier to get help with the project as other people like getting involved in a project when the project organizer is committed to a goal of 10x. Why Growing 10x Is Easier

People are attracted to people committed to a goal of 10x

People aren’t attracted to people who have a goal of just 2x. You can literally see it in people’s eyes when they’re committed to a goal of 10x. That’s all for this week. No matter where you’re watching this, please scroll down and leave your comment below. Until next week, list more, sell more. This is Neil Waterhouse. Why Growing 10x Is Easier

The 7 Most Common Amazon FBA Mistakes to Avoid 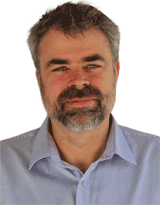 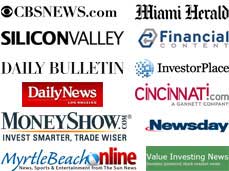